Flutter Basic: Why Use Flutter for Mobile App Development

Over the past ten years, mobile phones have assimilated into our daily lives with ease. After the COVID-19 pandemic struck, this process intensified. The market for developing mobile applications kept growing and progressing quickly. As the world transitions to contactless, mobile-first services, developers are continuously working to innovate and acquire popularity.

Since the late 1980s, companies have used mobile devices for business. In contrast to the 1980s, mobile devices have developed to resemble PCs and offer quick, user-friendly internet access for both personal and professional use. Many different technologies, including augmented and virtual reality, are supported by mobile hardware. Adoption was aided by faster, multithreaded processors and capability for multiple cameras.

As customers use markets powered by Apple and Android, software has also advanced significantly. In the market for mobile applications, artificial intelligence is a recurring theme (AI). This improves workflows and is now a widespread practise in mobile apps.

Having said that, creating mobile applications is also simple. Anybody can create a paid or free application. Additionally, you have choices regarding where and how you conduct business.

FODUU assist companies in developing native apps on a lower budget and releasing them on the Android and iOS platforms. To create top-notch Android and iOS apps, our team offers complete Flutter App Development Services. Get Flutter applications that are natively compiled and exquisitely designed.

One of the most promising techniques for UI design in mobile apps is flutter development. Companies might think about Flutter development if they wish to create native interfaces without utilising a variety of different stacks.

Given that Google both developed and supported the technology, it already has a solid foundation and is actively being used by both startups and large corporations.

However, Flutter is still a very new technology. Many developers pick up the skill for experimentation and self-improvement rather than to create intricate, ambitious solutions.

A native user interface for Android and iOS may be created using the software development kit Flutter. The platform initially solely supported Android, but it has now grown and evolved into a flexible interface design tool. Flutter's simplicity is its key selling point; it has a user-friendly interface, a library of tools and widgets, and a tonne of templates.

Flutter's ease of use and quick performance are its main selling points. It is a go-to tool for teams who require more functionality than what cross-platform solutions can provide while still requiring a certain level of abstraction for quicker development.

Flutter App Development: What Is It?

Using a single codebase, Flutter app development enables you to design an app for any platform, including Android, iOS, and the PC. With Flutter's UI framework, apps are created to operate smoothly on any platform.

In a word, Flutter will mimic the platform-specific experience on any device you want to use after you write the code just once!

Both the developer and the entrepreneur benefit from the time and effort savings. The time saved by not having to recreate the programme for each platform significantly reduces the monotony of developing mobile apps.

Both React Native and Flutter were created to boost mobile app development effectiveness. The two platforms are continuously contrasted in an effort to determine which is superior.

The reality is that the response to this query depends on the situation. However, these two platforms are remarkably comparable in terms of cost and code reuse, and the development community loves them both dearly.

The perfect UI and unmatched rendering speed and performance of Flutter are its distinguishing qualities. Flutter is a popular option when you consider the native-level performance and how much easier development is because of the write-once, cross-platform codebase.

Is Flutter Enough For App Development?

Since Flutter doesn't use JavaScript, there is no chance of the interface becoming non-native (Flutter js is not a thing). Flutter, on the other hand, use the general-purpose Dart programming language, which compiles to binary code like Swift, Kotlin, or Java. Developers so benefit from native performance.

There's no need to provide native components because most tools of a similar nature let developers mix hybrid and native code. Dart substitutes a gaming engine and unique interface components.

Similar to React Native, Flutter employs declarative programming, which eliminates the need for lengthy function descriptions whenever developers need to specify a function. The code is easier to write and lighter.

Widgets are only updated when necessary; otherwise, the programme does not re-upload components from scratch, which is another characteristic of React-JS. Flutter interacts natively and directly with the hardware without using any intermediary code layers. Nevertheless, as responsiveness increases, the amount of development complexity also rises (compared to tools like React Native).

Why should We Use Flutter For The Mobile App Development?

Companies choose Flutter development for a variety of reasons, but the two most common ones are typically the need for a native experience and working within a limited time and budget. Of course, these are not the only factors; there are also some more worthwhile advantages of Flutter.

Hot Reload, a feature that enables developers to alter their code in real-time and view the effects immediately, is supported by Flutter. There's no need to switch to another tool or restart the programme. Even in its early stages of development, the UI itself is quick. The team is already able to observe the application's actual performance from the perspective of the user.

For Minimum Viable Products, Flutter provides a straightforward collection of functionalities and interface components. Flutter's built-in resources will be sufficient to produce a straightforward, responsive, and modern look-and-feel if you don't have the time to come up with unique elements and write complex code.

Flutter enables cross-platform development and native responsiveness without requiring the creation of two apps; Because there won't be many things to create from scratch, even one Flutter developer can put up a basic interface;

The tool uses a gaming engine, and mobile games are renowned to be the most demanding projects in terms of interface responsiveness and speed; the app looks and feels natural; Personalization: MVPs don't have to be boring because they are straightforward by design. By leveraging widgets that can be cloned, changed, and reused repeatedly, Flutter has discovered a way to enable teams to create original ideas while continually reusing code. We also believe that Flutter is a fantastic option for companies who want their apps to have a clean, contemporary appearance and feel. The tool is supported by Google, and a defining characteristic of Google products' designs is having a lot of space and well-balanced accepts.

Supports VS Code and Android Studio

Flutter includes native support for VS Code and Android Studio in addition to native application code, which is different from other frameworks. Flutter delivers only native code, in contrast to JS-based mobile development frameworks that emphasise blending cross-platform and native components.

Developers must set up the Flutter IDE and Dart plugins before they can begin working with Flutter.

As we've seen with Golang, Google-supported tools frequently experience rapid growth. The technology has the means to expand its ecosystem, enhance functionality, and gain attention when a tech titan supports it.

It's fantastic news for product owners and developers because Flutter is probably going to get better over time, turn into one of the hottest tools on the market, and fast establish a strong ecosystem.

Additionally, as Google uses Flutter for many of its products, we have the chance to test the effectiveness of Flutter development. Companies can imitate Google's aesthetic in their products if they enjoy the way they appear and feel.

Other methods of asset organisation are abundant in Flutter. The folder system is uncomplicated and clear. It's obvious that it was created with the requirements of large organisations in mind, therefore the tool provides a broad infrastructure for supporting complicated projects.

Flutter is a basic tool that works well for both complicated and straightforward solutions. Although it's not a perfect substitute for entirely native development, it's one of the closest options available.

To guarantee cross-platform compatibility of applications on both the iOS and Android platforms, our iPhone app developers programme in Dart and use Flutter's widgets. We have been providing cross-platform flutter development services for desktop, web, and mobile. FODUU development team, can provide Flutter Mobile App Development Services for many platforms, is made up of highly qualified Flutter developers, testing and QA specialists, and UI/UX design experts with in-depth understanding of Dart.

Why Flutter has become the best choice to develop a startup mobile app?

Flutter is an excellent tool for developing apps for entrepreneurs. Although they have been mentioned numerous times in this essay, the swift market response and convenient pricing provided by the platform actually merit another mention.

For a while, the only method to provide your potential clients with the ultimate digital experience was through native apps. Startups must decide whether to create apps for iOS or Android because they frequently lack the resources to do so.

The Mobile App Development Cost was doubled because a native programme for both platforms needed two separate codebases, each created separately.

Due to the fact that their programme was incompatible with the other native platform, this meant that a new company would lose a large portion of its target market.

Because of this, Flutter is an excellent remedy for the difficulties of cross-platform mobile development.

You can produce high-quality code with fewer iterations of trial and error thanks to it. The developer's access to libraries and plugins guarantees current functionality and a cutting-edge coding environment.

Flutter makes apps more accessible on a large scale as they become more inclusive every day. It removes OS restrictions and aids companies in capturing the largest market share.

Why Flutter is the best choice for cross-platform application development?

The Flutter app development ecosystem appears to have a lot of room to grow in the upcoming years. The momentum of the last two years points to an encouraging future course.

A platform called Flutter has the potential to improve app development. Flutter's focus on user experience and interface has assisted developers and companies in identifying previous issues that contributed to high rates of abandonment.

Without a doubt, Flutter provides a blank canvas for memorable client experiences. When a customer's only concern is the user experience, you should think about using Flutter to create your company's app.

Our quality is that we are distinct! We are a well-known company that provide android and iPhone app development and also offers complete customer support. We are one step beyond the competition thanks to our idealisation and feasibility analysis of the complete software development process.

Contact us & Talk to our Experts and Let’s Take Your Business to the Next Level Together!

What is Logo Design? 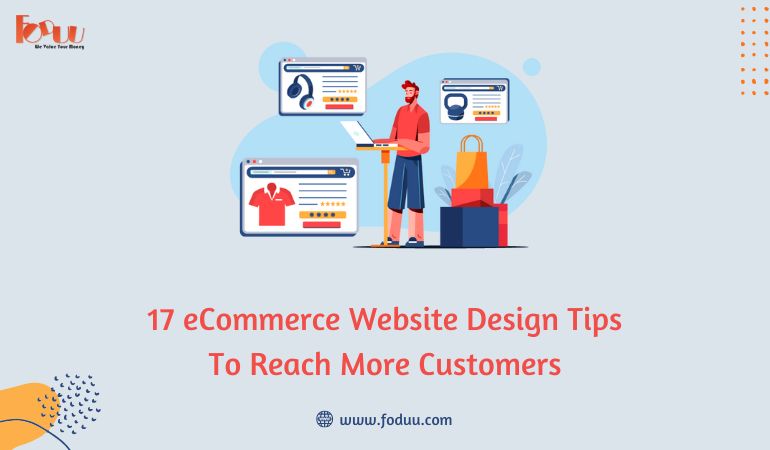 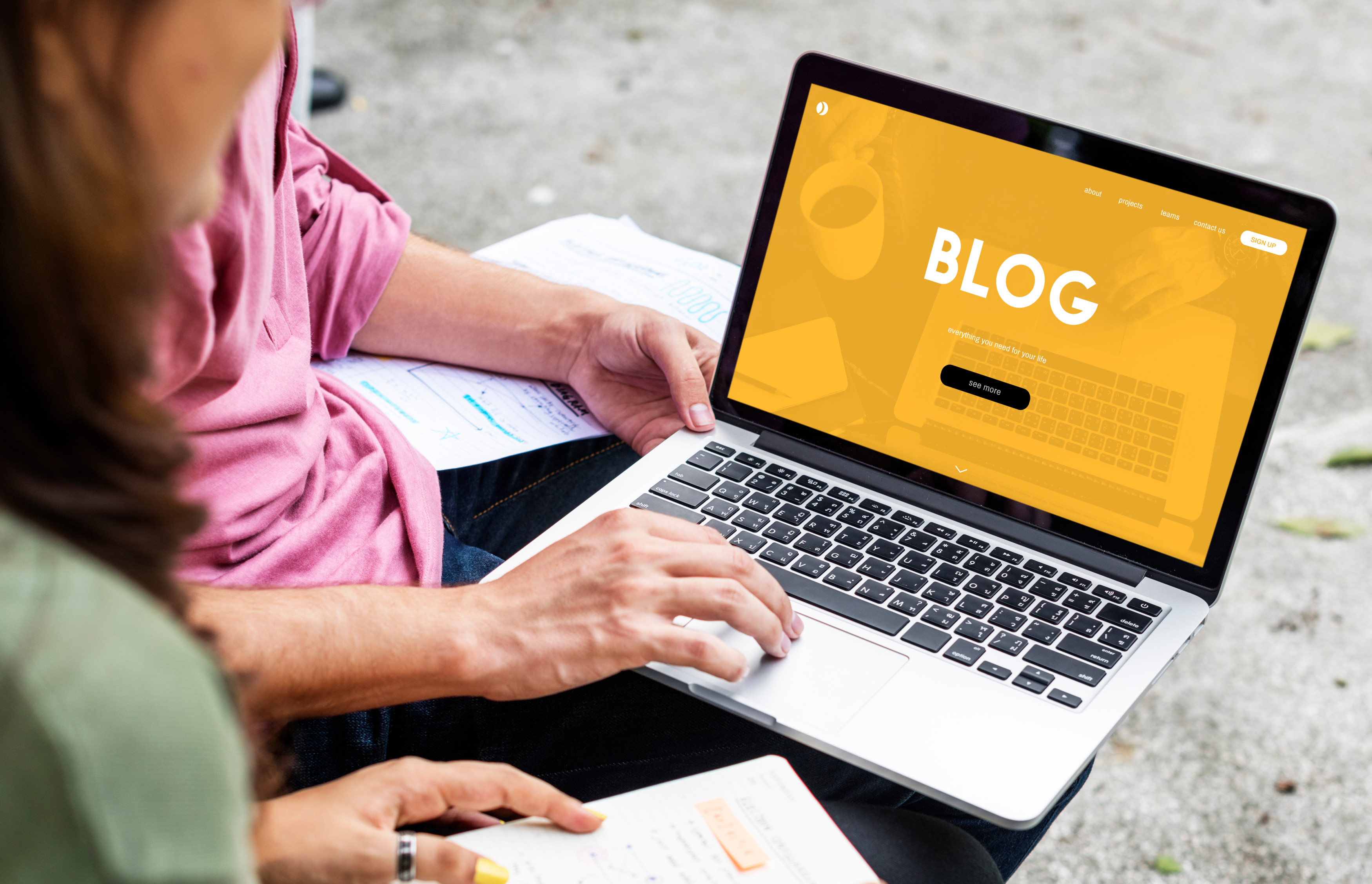